David Livingstone  was a Scottish physician, Congregationalist, and pioneer Christian missionary with the London Missionary Society, an explorer in Africa, and one of the most popular British heroes of the late 19th-century Victorian era. He had a mythical status that operated on a number of interconnected levels: Protestant missionary martyr, working-class “rags-to-riches” inspirational story, scientific investigator and explorer, imperial reformer, anti-slavery crusader, and advocate of commercial and colonial expansion.

His fame as an explorer and his obsession with learning the sources of the Nile River was founded on the belief that if he could solve that age-old mystery, his fame would give him the influence to end the East African Arab-Swahili slave trade. “The Nile sources,” he told a friend, “are valuable only as a means of opening my mouth with power among men. It is this power which I hope to remedy an immense evil.” 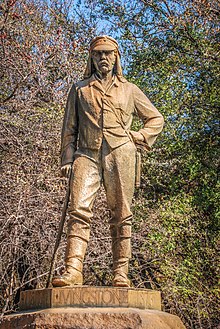 David Livingstone memorial at Victoria Falls, the first statue on the Zimbabwean side
see image info

His subsequent exploration of the central African watershed was the culmination of the classic period of European geographical discovery and colonial penetration of Africa. At the same time, his missionary travels, “disappearance”, and eventual death in Africa‍ —‌and subsequent glorification as a posthumous national hero in 1874‍ —‌ led to the founding of several major central African Christian missionary initiatives carried forward in the era of the European “Scramble for Africa”. 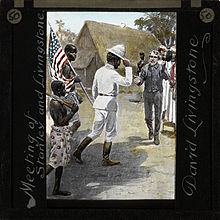 “All that I am I owe to Jesus Christ, revealed to me in His divine Book.” “There is one safe and happy place, and that is in the will of God.”

What in the world is happening to Missions? Volunteerism and finances