Samuel Rutherford was born in the village of Nisbet, Roxburghshire, in the Scottish Borders area of Scotland. Rutherford was educated at Jedburgh Grammar School and the University of Edinburgh, where he became Regent of Humanity (Professor of Latin) in 1623. In 1627 he was settled as minister of Anwoth in Kirkcudbrightshire, Galloway, where it was said of him ‘he was always praying, always preaching, always visiting the sick, always catechising, always writing and studying‘, and from where he was banished to Aberdeen for nonconformity, ‘being very powerful on the side of the Reformed faith and of God living’, there in Aberdeen; ‘his writing desk’ was said to be ‘perhaps the most effective and widely resounding pulpit then in Christendom’. His patron in Galloway was John Gordon, 1st Viscount of Kenmure. On the re-establishment of Presbyterianism in 1638, he was made Professor of Divinity at the University of St Andrews.

Rutherford was chosen as one of the four main Scottish Commissioners to the Westminster Assembly of Divines in London taking part in formulating the Westminster Confession of Faith completed in 1647, and after his return to Scotland he became Rector of St Mary’s College at the University of St Andrews in 1651. Rutherford was a staunch Protester during the controversy in the Scottish Presbyterian church between the Resolutioners and Protesters in the 1650s; at the Restoration of Charles II, his book Lex, Rex was burnt by the hand of the common hangman, and the “Drunken Parliament” deprived him of all his offices and voted that he not be permitted to die in the college. 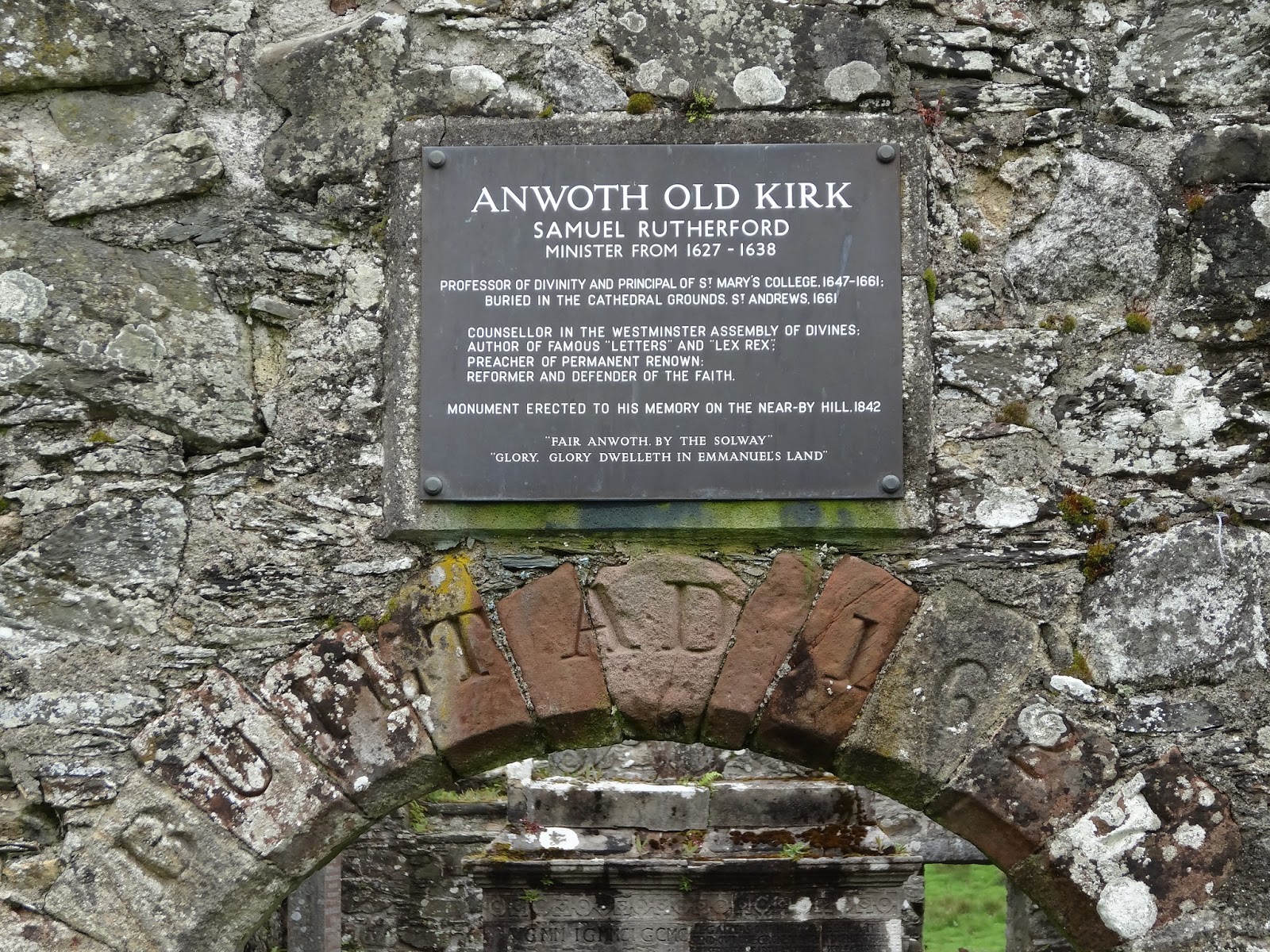 He is buried in the churchyard of St Andrews Cathedral just west of the bell tower. The stone is remarkably well preserved. The epitaph on his tombstone includes ‘Acquainted with Emmanuel’s Love’.

There is also a monument to Rutherford, an obelisk on the hilltop overlooking his former parish at Anwoth, in the village of Gatehouse of Fleet, southwest Scotland.

Inspiration in isolation: Learning from the letters of Samuel Rutherford

The Loveliness of Christ: Extracts from the Letters of Samuel Rutherford

My faith has no bed to sleep upon but omnipotence. Believe God's love and power more than you believe your own feelings and experiences. Your rock is Christ, and it is not the rock that ebbs and flows but the sea.

Inspiration in isolation: Learning from the letters of Samuel Rutherford