He was born in Brindle in Lancashire County (southeast of Preston and about 10 miles west of Grimshaw in Eccleshill). He was educated for ministry in the Church of England.

During his tenure as head of the church in Haworth, he became a strong evangelist and worked closely with the Wesley brothers during the era when the Methodist church was founded. He did not completely sever his ties with the Church of England, but he preached in many parishes outside his own and gained a significant reputation for the power of his sermons and the large number of conversions to evangelical Christianity for which he was responsible. 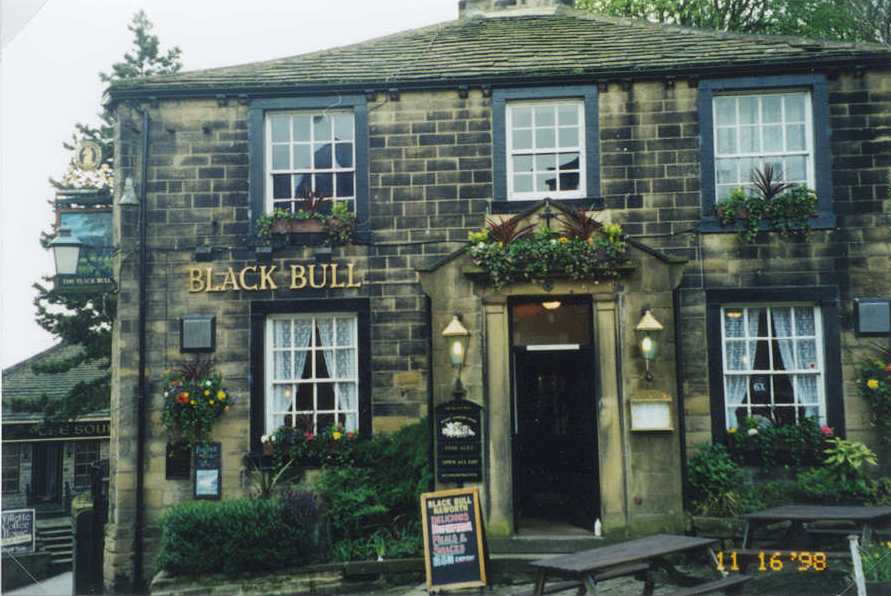 Shown here is the Black Bull Inn, where William (apparently known to some as the “flogging preacher”) would forcibly round up patrons during his church services and “encourage” them to join the service.

News – William Grimshaw is back!

News – William Grimshaw is back!