William Wilberforce (24 August 1759 – 29 July 1833 was a British politician, philanthropist, and a leader of the movement to stop the slave trade. A native of Kingston upon Hull, Yorkshire, he began his political career in 1780, eventually becoming a Member of Parliament for Yorkshire (1784–1812). He was independent of party. In 1785, he became an evangelical Christian, which resulted in major changes to his lifestyle and a lifelong concern for social reform and progress. He was educated at St. John’s College, Cambridge.

In 1787, he came into contact with Thomas Clarkson and a group of anti-slave-trade activists, including Granville Sharp, Hannah More and Charles Middleton. They persuaded Wilberforce to take on the cause of abolition, and he soon became one of the leading English abolitionists. He headed the parliamentary campaign against the British slave trade for twenty years until the passage of the Slave Trade Act of 1807.

Wilberforce was convinced of the importance of religion, morality and education. He championed causes and campaigns such as the Society for the Suppression of Vice, British missionary work in India, the creation of a free colony in Sierra Leone, the foundation of the Church Mission Society, and the Society for the Prevention of Cruelty to Animals. His underlying conservatism led him to support politically and socially controversial legislation, and resulted in criticism that he was ignoring injustices at home while campaigning for the enslaved abroad. 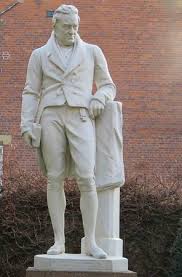 In later years, Wilberforce supported the campaign for the complete abolition of slavery, and continued his involvement after 1826, when he resigned from Parliament because of his failing health. That campaign led to the Slavery Abolition Act 1833, which abolished slavery in most of the British Empire. Wilberforce died just three days after hearing that the passage of the Act through Parliament was assured. He was buried in Westminster Abbey, close to his friend William Pitt the Younger.

William Wilberforce and the abolition of the slave trade

The substance of all riches; the life of Hannah More

I am disturbed when I see the majority of so-called Christians having such little understanding of the real nature of the faith they profess. Faith is a subject of such importance that we should not ignore it because of the distractions or the hectic pace of our lives. Of all things, guard against neglecting God in the secret place of prayer.

William Wilberforce and the abolition of the slave trade

The substance of all riches; the life of Hannah More