Abraham Booth and the ethics of slavery

Michael Haykin Born in England of Irish and Kurdish parents, Michael Haykin is professor of church history and biblical spirituality, holding a Th.D. in Church History from Wycliffe College / University of Toronto.

What does it means to be human? This question is central to several critical ethical issues of our day. The resolution of the ethical dilemmas surrounding, for example, abortion and genetic engineering cannot be found unless this question is answered.

Although recent scientific advances have thrust such issues into the limelight, we are not the first generation to have to wrestle with them. The central ethical dilemma for eighteenth-century British society, on both sides of the Atlantic, was the slave trade and the owning of slaves.

Great Britain’s entry into the slave trade dates from 1562 when the Elizabethan adventurer Sir John Hawkins (1532-1595) took a shipload of three hundred West Africans and sold them to the Spanish in what is now the Dominican Republic.

Elizabeth I (r.1558-1601) called his action ‘detestable’ and revulsion towards the slave trade appears to have prevailed among the English in the early seventeenth century.

However, by the final decades of that century the British were taking around 45,000 slaves a year from the West African coast to the Caribbean and the American south. Altogether, they transported a total of some 3 million enslaved Africans to the New World.

The slave trade was driven by a desire for rapid economic development in Britain’s New World colonies. The key event that drew Britain into this pernicious trade was the establishment of sugar plantations in the West Indies.

In the first few decades of the 17th century, attempts to grow sugar in Bermuda and Virginia had failed. The turning-point came when the British settled Barbados in 1625. Within thirty years a thriving industry was established and sugar soon became the main export of the Caribbean islands.

By 1730 the British were importing 100,000 hogshead of sugar annually to satisfy their ‘sweet tooth’. The annual sugar revenue of Jamaica alone was estimated to be £1.6 million.

A particularly fine example of the biblical argument against slavery is found in a sermon by Abraham Booth (1734-1806) preached on 29 January 1792 at Prescot Street Baptist Church, London, where he was the pastor.

The sermon was entitled ‘Commerce in the Human Species, and the Enslaving of Innocent Persons, inimical to the Laws of Moses and the Gospel of Christ’.

The son of a Nottinghamshire farmer, Booth became a stocking weaver in his teens. He had no formal schooling and taught himself to read and to write. His early Christian experience was among the General, i.e. Arminian, Baptists, but by 1768 he had undergone a complete revolution in his soteriology and had become a Calvinist.

Not long after he wrote The Reign of Grace, from Its Rise to Its Consummation (1768), which Scottish theologian John Murray regarded as ‘one of the most eloquent and moving expositions of the subject of divine grace in the English language’.

It was this book which led to his call to Prescot Street Baptist Church in what was then a wealthy area of London, home to merchants and professional men. Pastoring this church was a challenge to one with so limited an education. 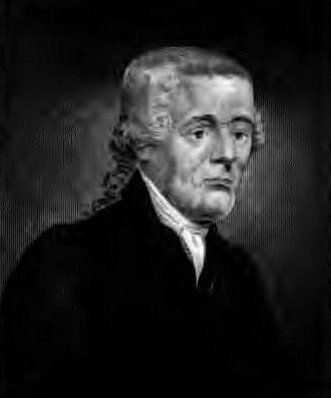 But Booth more than rose to the challenge, mastering Greek, Latin and French. By the time of his death in 1806 he was one of the most trusted counsellors in the Calvinistic Baptist denomination.

His congregation adored him for what contemporaries called his ‘unsullied purity and kindliness’. One of them penned a most moving, though brief, tribute in the church minute book after his death: ‘He sought not ours, but us’. This love for others is evident in his sermon against the slave trade.

Duty to adore our Maker

‘Commerce in the Human Species’ opens with the affirmation that every human being has a duty ‘to adore our Almighty Maker, to confide in the Lord Redeemer, and to exercise genuine benevolence toward all mankind’.

‘Genuine benevolence’ needs to be shown by human beings in so far as they are ‘social beings, surrounded with multitudes of [their] species’. In fact, Booth is convinced that the promotion of ‘this cordial affection for our neighbours’ is part of ‘the great end of an evangelical ministry’.

Booth goes on to emphasise that Evangelicalism is intimately tied up with ‘the exercise of moral justice, of benevolence, and of humanity’, and it is on this basis, and not that of promoting civil and political liberty, that he is prepared to take a stand against ‘the stealing, purchasing, and enslaving of innocent persons’.

Booth examines the Old Testament texts dealing with slavery and recognises that Scripture does not condemn every type of slavery. Jews, for example, could be sold into servitude for such things as theft and insolvency. This type of servitude is not at all comparable, Booth rightly points out, to the life-long bondage of Africans in the West Indies.

The ‘permission’ that God gave to Israel to own slaves was part and parcel of a civil code unique to Israel and was only in effect while God was dealing with Israel as a political entity. Once ‘the Christian economy was established, that prerogative ceased’. 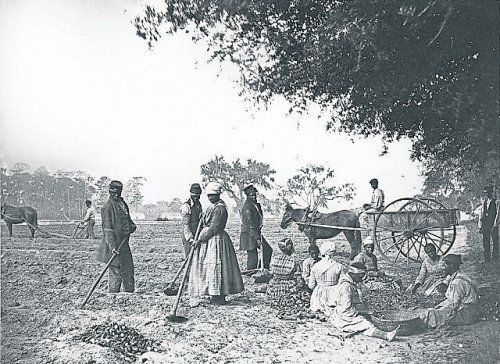 Booth must have been well aware that there were those in the English-speaking Reformed tradition who claimed that God had entered into a similar sort of covenant with the English nation.

But he rightly rejects any such claim, ‘the ancient distinction between Jews and Gentiles being entirely abolished, by the divine establishment of Christianity, those prerogatives that were peculiar to Judaism and its professors do not now exist’.

Christianity is ‘the religion of truth and of justice, of benevolence and of peace’. The slave trade, on the other hand, is ‘unjust and cruel, barbarous and savage’. Booth asserts that ‘the rights of humanity’ are the common possession of the whole human species.

If the slave trade was lawful, Africans had the right to raid London, Bristol and Liverpool (the three main English ports that had grown rich from the traffic in human beings) and enslave free Britons!

Imaginatively turning the tables, Booth puts his hearers in the shoes of the Africans, that they might develop a heart of benevolence towards them.

Not only is the slave trade condemned by the Old Testament, but is also inimical to the ethical teaching of Christ. Christians are to love even their enemies and do good to them that hate them (Luke 6:27).

‘If our sovereign Lord requires benevolence and active love to our enemies’, Booth reasons, surely he cannot require any less to those who are not our enemies. This would certainly include the Africans, who are unknown to the slave traders prior to their being enslaved.

The London Baptist minister also cites the so-called Golden Rule, Matthew 7:12: ‘all things whatsoever ye would that men should do to you, do ye even so to them’, to show that at the heart of gospel ethics is benevolence towards others.

Booth knew that some would object that slavery was a central feature of the Graeco-Roman world, yet the New Testament nowhere condemns it. He rightly admits that there is no explicit condemnation of slavery in the New Testament.

Yet neither is there any mention of gladiatorial games, which were ‘extremely bloody and wicked’. The fact that slavery, like these Roman blood sports, violates the general moral principles of the Scriptures is sufficient warrant to argue as Booth does.

Actually, at the very beginning of the sermon, Booth had referred to a New Testament verse which does expressly condemn slavery; Paul’s list of evildoers in 1 Timothy 1:9-10, includes ‘menstealers’.

Seeing this word as a reference to slave traders, Booth rightly suspects that this list is based on the Decalogue and that Paul is here referring to the Eighth Commandment.

The sermon concludes with directions as to how Christians can fight the slave trade. First of all, Booth exhorts prayer ‘for the interposition of Providence to abolish the detestable traffic in man’.

Africans were ‘naturally as capable of being made the spiritual subjects of Jesus Christ’ as Europeans, yet the slave trade hindered the propagation of Christianity among them. It was only right, therefore, that in praying for ‘the enlargement of our Lord’s visible kingdom among men’, Christians should pray for its abolition.

Moreover, Booth believed that Christians should pray for ‘the gradual emancipation’ of the existing West Indian slaves.

Booth also emphasised that there should be ‘prudent, peaceable, and steady efforts, in order to procure the total abolition of that criminal traffic, and of the cruel slavery consequent upon it’.

He urged Christians to give financial support to the Society for the Abolition of the African Slave Trade, with which the great evangelical politician William Wilberforce was involved.

Booth did not live to see the end of the British slave trade in 1807 nor the emancipation of the slaves in 1833. Yet his sermon witnesses to the growing tide of revulsion at the traffic in human souls and the determination of Evangelicals to pray it out of existence.

May God give us grace to be worthy heirs of the social piety of men like Abraham Booth!

‘The Best Friend in the Worst Time’: pandemics in church history

‘He is a Luther’: a sestercentennial (250 years) appreciation of the life and ministry of Joshua Marshman

Benjamin Beddome and the Bible

Valkyrie: the plot to kill Hitler

Prophet of the long road: the life and ministry of Francis Asbury

Selections from the works of Andrew Fuller