The eighteen-year-old Count was profoundly moved. He stood in the Dusseldorf art gallery, gazing at a picture of Christ, crowned with thorns, blood trickling down his face.

He was looking at Domenico Feti’s painting Ecce Homo (Behold the Man). Underneath was the Latin inscription: ‘This I have suffered for you, but what have you done for me?’ Chastened, Zinzendorf prayed that the Saviour would draw him into the ‘fellowship of his suffering’. Little did he know how fully that prayer would be answered.

Zinzendorf was born on 26 May 1700 in Dresden to an Austrian noble family. His father died six weeks later, and he was brought up by his grandmother whose pietistic views greatly influenced him.

From his earliest days he sought to follow Jesus Christ. He wrote: ‘Already in my childhood, I loved the Saviour, and had abundant communion with him. In my fourth year I began to seek God earnestly, and determined to become a true servant of Jesus Christ’. His life-motto was: ‘I have one passion; it is Jesus, Jesus only’.

During six unhappy years at the Halle Pädagogium he developed spiritually, as indicated by this diary entry made when he was fifteen: ‘This week I began the plan of spending a whole hour, from six to seven in the morning, as well as in the evening from eight to nine, and for fifteen minutes at a quarter of ten, in prayer’.

Under family pressure to pursue a career in government, Zinzendorf studied law in Wittenberg. There he attempted to reconcile the Lutherans of his university to the Halle Pietists.

He became increasingly convinced that Christians of different denominations could work together more closely, believing there was a ‘heart-religion underlying them all’. An opportunity to put this belief into practice came in 1721 when, as a Counsellor in the Court of the King of Saxony, he invited the public to a regular Sunday afternoon meeting, held in his rooms at a time which would not interfere with regular church services.

In 1722 he purchased an estate at Berthelsdorf and installed his good friend John Rothe as pastor of the church. Zinzendorf wrote: ‘I bought this estate because I wanted to spend my life among peasants, and win their souls for Christ’. In the same year he married Dorothea von Reuss with whom he had twelve children, only four of whom reached maturity.

Later that year he allowed a group of Protestant refugees to form a Christian community named ‘Herrnhut’ (meaning ‘Under the Lord’s Watch’ or ‘On Watch for the Lord’) on his land. Differences surfaced, particularly with the arrival of a self-styled prophet named Kruger, who taught that Rothe and Zinzendorf were the False Prophet and the Beast of Revelation.

Zinzendorf summoned the refugees to a meeting. He read out the ‘Manorial Injunctions and Prohibitions’ and outlined basic tenets of Christian behaviour. The whole community agreed to these and entered into a ‘Brotherly Agreement’ with him and with the Lord.

Zinzendorf’s aim was that ‘Herrnhut shall stand in unceasing love with all children of God in all churches, criticise none, take part in no quarrel against those differing in opinion, except to preserve for itself the evangelical purity, simplicity and grace’.

Twelve elders were elected to supervise affairs. No one could marry without approval. Penalties included expulsion for drunkenness and a public reprimand for henpecking a husband! 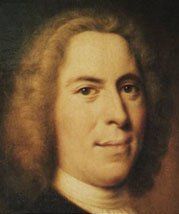 Zinzendorf eventually realised that the Moravian church (to which many Herrnhut brethren belonged) predated Lutheranism. As a Lutheran he wanted the community to remain loyal to the Lutheran Church, so he viewed the Moravians as a ‘church within a church’. He was ordained a Lutheran minister in 1734 and a Moravian bishop in 1737.

There was a remarkable outpouring of the Holy Spirit at a Communion service held in the parish church on 13 August 1727. Seeking to maintain this blessing, the ‘Hourly Intercession’ was begun. This was a system where there was always one member at prayer, an hour at a time, around the clock. This prayer meeting continued unbroken for more than a century.

From this beginning, a network of similar societies spread throughout Europe. All came together for three daily services (more than three on Sundays); the Love Feast and Foot Washing Ceremonies were reintroduced; and the Singing Hour (second only to Communion in importance) was established.

Zinzendorf believed that religious truth could best be understood by the heart and that singing promoted such understanding. He wrote numerous hymns and litanies and prepared services for every possible occasion. Among his best-known hymns are ‘Jesus thy blood and righteousness’ and ‘Thou whose all-searching sight’.

He built schools for noblemen’s sons and daughters, and set up a printing press to produce books, pamphlets, letters and cheap editions of the Bible.

Zinzendorf first became interested in foreign missions during his school days. ‘I know the day, the hour, the spot in Hennersdorf … the year was 1708 or 1709; I heard … about the East Indies … and there and then the first missionary impulse arose in my soul’.

In 1731 he met Anthony Ulrich, a converted West Indies slave, and brought him to Herrnhut. Ulrich asked that the gospel be taken to his brother and sister who were slaves in St Thomas, where the church existed for whites only.

Leonard Dober, a potter, responded. ‘I could not get free of it. I vowed to myself that if one other brother would go with me, I would become a slave’. This proved unnecessary and, eventually, lots were cast to confirm who should go with him.

By 1735, twenty-nine missionaries had sailed for the West Indies, although only seven survived the first few months. In January 1736, John Wesley sailed to America in the company of Moravian missionaries. By 1742, seventy of the community of 600 had become missionaries and by 1747 they were working in 16 different mission fields.

Zinzendorf saw the missionary as a servant of the heathen, earning his own living and seeking out ‘first-fruits’ of the Lamb (Revelation 14:4). He exhorted missionaries leaving Herrnhut: ‘You are not to aim at the conversion of whole nations; you must simply look for seekers after the truth who, like the Ethiopian eunuch, seem ready to welcome the gospel’.

Their message was to be Christ-centred. ‘You must go straight to the point and tell them about the life and death of Christ’, he declared.

A dispute with the King of Saxony led to a period of exile (1736-47). Zinzendorf travelled widely, founding new Moravian communities including Herrnhaag in Wetteravia.

In 1741 he spent 14 weeks in North America, naming Bethlehem in Pennsylvania and opening the way for missionary work among the Indians. During 1749-55 he worked in England, where the Moravian Church was recognised by an Act of Parliament as ‘an ancient Protestant Episcopal Church’.

Dissatisfied with intellectualism, Zinzendorf held that scriptural truths must warm the heart. Sadly, this laudable aim led to an over-emphasis on selected Scriptures and to emotional excess.

Burning some papers, he found an unburned scrap. It read, ‘O let us in thy nail-prints see, our pardon and election free’. Taking this as a word from the Lord, he began to emphasise Christ’s physical sufferings, to the neglect of his spiritual sufferings.

He wrote: ‘We look for nothing else in the Bible, but the Lamb and his Wounds, and again Wounds and Blood and Blood’. His Litany of the Life, Sufferings and Wounds of our Lord Jesus Christ (1744) emphasised this further. The brethren were encouraged to meditate on Jesus’ wounds.

The place of the mind was diminished, and Zinzendorf formed the ‘Order of Little Fools’, encouraging members to be like little children. But childlikeness gave way to childishness.

The Count was addressed as ‘Papa’ and Christ was ‘Lambkin’. The Godhead was viewed as a family, the Holy Spirit being the mother. The church, they said, was born in the Saviour’s side-wound, betrothed to Christ on the cross, married to Christ in communion and was the daughter-in-law of the Father and the Holy Spirit.

This period of emotionalism particularly affected the Herrnhaag community and became known as the ‘Sifting Period’. Zinzendorf was slow to heed criticism from some of the more mature Moravian leaders, but did eventually disown the excesses.

The casting of lots (said to determine the infallible mind of God) was used recklessly. Zinzendorf carried his ‘lot apparatus’ in his pocket, consulting it frequently. The lot was used to settle such diverse issues as constitutional matters, the selection of committee members, and the choice of marriage partners.

Money was spent in an extravagant manner on Zinzendorf’s birthday celebrations, music festivals, and elaborate decorations. Such excesses led George Whitefield to publish in 1753 An Expostulatory Letter to Nicholas Lewis, Count Zinzendorf.

Zinzendorf’s final years were marred by personal loss. His 24-year-old son, Christian Renatus, died in 1755 and his wife died the following year. A year later he married Anna Nitschmann, but they died within two weeks of each other in 1760.

Among the Count’s dying words were these: ‘I only asked for first fruits among the heathen, and thousands have been granted me. What a grand caravan there must be now before the throne of the Lamb’.

The following statement, made the day before his ordination as a Lutheran minister, sums up his priorities. ‘My zeal has not cooled … I will continue … to win souls for my precious Saviour, to gather his sheep … I shall go to distant nations, who are ignorant of Jesus and of redemption in his blood … I will prove all things by the only criterion of evangelical doctrine, the Holy Scriptures … the love of Christ shall constrain me, and his cross refresh me’.