Revive Us Again: The Reawakening of American Fundamentalism

Crawford Gribben Crawford Gribben is a cultural and literary historian whose work concentrates on the development and dissemination of religious ideas, especially in terms of apocalyptic and millennial thought.

One of the greatest benefits of reading church history is the illumination of the present that it provides. Many of the tensions that are crippling conservative Protestants today can be directly traced to the ‘fundamentalist controversy’ in the early part of the twentieth century.

The early twentieth century was a period of godless optimism. Politicians and economists looked with complacency upon the rapid economic and social progress that characterised the end of the nineteenth century.

The worst excesses of industrialisation were past, and governments looked forward to a time of peace and stability, during which the gains of recent advances would be quietly consolidated. This would bring peace and prosperity to all. Their optimism was supported by the mainline denominations, whose clergy were abandoning traditional theology in favour of something more in keeping with the positive modern mood.

The theological conservatives were shocked at this sudden religious crisis. The liberals’ complacency had not yet been shattered by the distresses of the First World War or the Great Depression, and nothing, it seemed, could mount a challenge to their cause.

But two Christian businessmen took the lead in publishing a series of paperbacks, which collected scholarly articles from conservative authors in defence of the basics of historical orthodoxy.

Their series, entitled The Fundamentals (1910-1915), was sent free to every pastor, missionary, Sunday school and seminary teacher in the United States. It presented a broad front of conservative belief, involving writers as diverse as the great Reformed theologian, B. B. Warfield, and the father of modern dispensationalism, C. I. Scofield. 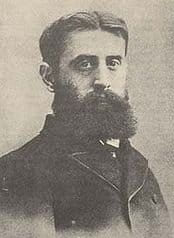 It was a tremendously successful project. The Fundamentals convinced conservatives that the church’s historic faith could be credibly defended. Nevertheless, conservatives failed to build on the momentum which these books created, and the movement was soon riven by internal divisions.

Almost immediately Machen’s situation was further complicated by the increasing liberalism of his denomination’s mission board. When Machen set up his own independent mission board he was expelled from the Presbyterian Church. His response to this was to constitute the Orthodox Presbyterian Church (OPC). But the conservative consensus of Westminster and the OPC could not be maintained. Within a year both institutions were split by damaging ‘civil wars’.

The basic problem was that conservatives had failed to unite in a common understanding of the issues involved in their dissent or the means by which their dissent should be registered.

Machen envisaged a church strictly loyal to the theology of the Westminster Confession. He seemed reluctant to countenance any broad conservative unity which would be based on something less than Presbyterian norms.

Carl McIntire, leader of the rival group within the OPC, did promote this broad-based unity, but emphasised dispen-sationalism, ‘separation’ from mixed denominations, and an extremely strict moral code for the Christian life.

Tensions between the two factions grew to such an extent that several of the founders of the new seminary and denomination including Francis Shaeffer left in 1937 to form the more ‘fundamentalist’ Faith Theological Seminary and the Bible Presbyterian Church. Fundamentalism’s pattern of split and counter-split was set.

In the decades following the Machen-McIntire division, the conservatives consistently failed to restore the breach. After Machen died in tragic circumstances, the movement he had done so much to create slipped out of the public eye, and was dismissed by unbelieving observers as merely another example of the religious hysteria of the uneducated.

But after two decades of apparent silence, the sudden prominence of Billy Graham in the 1950s hurtled fundamentalism back into public consciousness, creating consternation in the letters pages of the newspapers and stimulating the production of J. I. Packer’s study, Fundamentalism and the Word of God.

However, this ‘fundamentalism’ was a different kind from that for which the Machen circle had gained fame. What had happened in between?

Joel Carpenter’s book tells the story of the fundamentalism of those quiet, in-between years. Raised in a fundamentalist family, and now Provost of Calvin College, Carpenter describes himself as a ‘participant-observer’ telling the story of his own theological heritage. His narrative is historically weighty but journalistically clear, and vividly recreates the world of the conservatives in the 1930s and 1940s.

It was a time of glorious successes as well as internal bickering, says Carpenter. Marshalling an impressive range of sources, he documents the conservatives’ struggle to redefine their methods and goals outside the glare of the public eye. The decline of the media’s interest did not destroy the movement, he claims. On the contrary, it provided for its success.

The quiet years provided a haven for thoughtful reflection about the way forward, and stimulated evangelists into finding alternative methods of impacting national consciousness through a series of highly successful radio shows and the beginnings of city-wide crusade evangelism.

He notes the tension between the vigorous separatism of the movement’s first leaders and the moderating temper of second-generation fundamentalists, younger men who had not personally experienced the pain of rejection by the educational and ecclesiastical mainstream.

The author outlines the development of a network of conservative colleges and seminaries — notably Wheaton College, Fuller Seminary, Dallas Theological Seminary and Westminster Theological Seminary. At these schools, a growing number of Evangelicals sought to demonstrate the intellectual credibility of their faith in the terms demanded by an unbelieving world.

Within these institutions, he notes, there was a deliberate movement toward biblical theology in an attempt to undo the devastating social and intellectual effects of dispensationalism. And with the repudiation of dispensationalism’s pessimistic expectations for the future, there emerged a new understanding of (and hope for) revival, influenced less by Charles Finney and more by the Reformed theology of Jonathan Edwards.

Perhaps most interesting is Carpenter’s description of the formation of certain national organisations that attempted to provide re-emerging conservatives with a ready-made identity. The policies of these rival organisations demonstrates that, even after twenty years of self-examination, conservatives could not agree what the lessons of the Machen-McIntire conflict actually were. The same positions were adopted as had brought division to the earlier movement.

The National Association of Evan-gelicals was happy to involve those conservatives who had retained membership in the ‘apostate’ mainstream denominations. The American Council of Christian Churches, on the other hand, was more rigorously ‘separate’. From these two organisations respectively derive the modern definitions of ‘evangelical’ and ‘fundamentalist’ .

Like almost every other analysis of the history of fundamentalism, Carpenter’s story is limited to the North American context. It would be fascinating to see how closely events in the United Kingdom paralleled the events Carpenter describes — particularly the disagreements between John Stott and Martyn Lloyd-Jones in the 1960s.

It would be fascinating, too, to inquire why the period was so full of vision and leadership, both of which are in desperately short supply today. And we might well wonder how we can instil our churches with a sense of the glory of evangelical advance which so characterised the men on both sides of this division.

Nevertheless, Carpenter’s story, like his prose, is vivid and compelling. His presentation of an era of complicated loyalties shows true sympathy for his subjects on both sides of their divisions. His book is to be commended as an outstanding and monumental example of sympathetically evangelical scholarship.

Carpenter writes as an historian and does not offer a programme for evangelical resurgence. Yet if we are to look back to look forward, we must know where our fathers in faith went wrong, and pray that we will avoid their mistakes.

Forgotten Reformer: Myles Coverdale and the first 40 years of the English Reformation

Henry Bullinger: Shepherd of the Churches

A sense of the presence of God

John G. McVicker and the 1859 revival