Edgar Andrews An Elder of the Campus Church since its foundation, Edgar remains its co-pastor. He has written books on many Christian topics and was editor of the Evangelical Times newspaper for over ten years.

Has there ever been a perfect human being? In spite of the praise and adoration we lavish on our heroes, saints and pop-idols, the answer has to be ‘no’. The Bible, however, claims a single exception to this rule.

Jesus Christ, the Bible maintains, was the perfect man who shows us what humanity should look like. But who was Jesus Christ? Did he even exist historically? And if he did exist, who was he and what claims did he make?

No serious historian doubts that Jesus of Nazareth existed — the son of a working-class family in first-century Roman-occupied Israel who became an itinerant Jewish rabbi and founded the Christian religion. He is mentioned by both Jewish and Roman historians of the first and second centuries, specifically, Josephus (AD 37-100), Tacitus (AD 56-120), Pliny the Younger (AD 61-113), and Lucian (AD 125-180). All these writers were more or less hostile to Jesus and his early followers, yet they still testified to his existence, crucifixion and influence.

But in spite of this evidence, some sceptics (called ‘mythicists’) deny his existence, claiming that Jesus was a purely fictional character reassembled by his disciples from various heathen myths. Mythicists place great emphasis on the fact that the four Gospels were not written till 20 to 50 years after the events they describe, and then not, they allege, by eyewitnesses of those events.

The first argument is unconvincing because most people can have excellent recall of things they experienced 50 years ago. And the second is unconscionable because it would make liars of Matthew and John, as well as Peter and James in their letters. The fact that the New Testament documents were in circulation so soon after the events they describe, is actually unique among historical documents of that era.

John Dickson, of the Department of Ancient History at Macquarie University, writes: ‘Anyone who dips into the thousands of secular monographs and journal articles on the historical Jesus will quickly discover that mythicists are regarded by 99.9 per cent of the scholarly community as complete “outliers, the fringe of the fringe”,’ (note the word ‘secular’ in this quote).

The deity of Christ

However, it is one thing for scholars to agree that Jesus of Nazareth really existed, but quite another for Christians to claim that he was God in human flesh and born of a virgin. Yet this, of course, is precisely what the New Testament does maintain, not as a side issue but as its indispensable core. Mainstream Christianity has always held firmly and unapologetically to the incarnation and virgin birth.

Nor can these two claims be separated. If Jesus had been conceived normally, he would have been just like you and me, a fallible and imperfect human being. He could not then have been the sinless son of God in human flesh. On the other hand, if Jesus was indeed God incarnate, a miraculous birth would surely have been mandatory. The two ideas are logically inseparable.

We face a ‘trilemma’ when we are compelled logically to choose between three alternatives. One such trilemma, popularised by C. S. Lewis, offers us three options on the person of Jesus Christ. ‘You must make your choice’, writes Lewis. ‘Either this man was, and is, the Son of God, or else a madman or something worse’.

‘Something worse’ would be that Christ was a fraud, the most successful confidence trickster of all time. But if Jesus was mad or bad, how can we explain why, by common consent, his moral teaching is unsurpassed?

Clearly, the force of the trilemma lies in the ethical system taught by Jesus and set out particularly in his Sermon on the Mount (Matthew’s Gospel, chapters 5 to 7). Why do I say that this system is unsurpassed? Because it goes beyond any other ethical teaching of which I am aware.

Consider some examples. According to the Bible, love lies at the heart of God’s message to mankind, the two great commandments being (1) to love God with all our heart, soul, mind and strength, and (2) to love others as we love ourselves.

But to these ancient precepts Jesus adds a staggering and unprecedented third: ‘Love your enemies, bless those who curse you, do good to those who hate you … that you may be sons of your Father in heaven; for he makes his sun rise on the evil and on the good, and sends rain on the just and on the unjust’.

Secondly, while most moral codes outlaw adultery and murder, none apart from Christ’s apply these principles to our thoughts as well as our actions. In his teaching, to lust is to commit adultery; to hate or despise another person is to commit murder. And God holds us accountable for these sins, even if they remain unobserved and hidden in our hearts.

Thirdly, Jesus’ instructions to go the second mile and turn the other cheek are contrary to all our natural inclinations. They call for a sublime trust in God’s care for us, and are not commonly endorsed, even by the most worthy among us. The matchless and radical morality taught by Jesus Christ must surely eliminate the possibilities that he was either mad or bad (or even sincerely mistaken) when he laid claim to deity.

So, where do you stand with respect to the trilemma? And if, like me, you see Christ as God, manifest in human flesh, doesn’t that imply an obligation? Not just to follow his moral teaching, but to follow Christ himself, as the God and Saviour of all who put their trust in him. 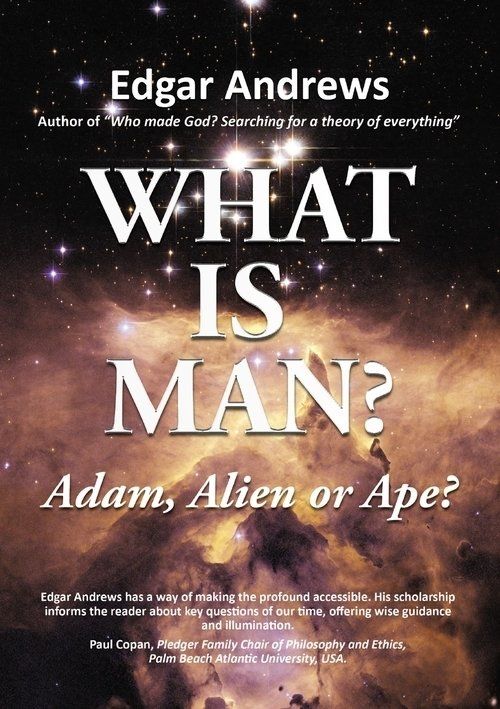 Edgar Andrews is Emeritus Professor of Materials at the University of London. He is co-pastor of Campus Church, Welwyn Garden City, and was senior editor of Evangelical Times. This article is based on a chapter in his new book What is Man? Adam, alien or ape?

Edgar Andrews
An Elder of the Campus Church since its foundation, Edgar remains its co-pastor. He has written books on many Christian topics and was editor of the Evangelical Times newspaper for over ten years.
85
Articles View All
Articles Evangelistic 12 (December 2018) 2018 Christ Edgar Andrews Godhead home perfect truth

GUEST COLUMN: Oiling the hinges of the lion’s cage