William Carey loved maps! He sewed together a large globe made from coloured, left over scraps of shoe leather. He would use it when teaching children. It is said that the young people would sometimes be surprised at his geography lessons. When teaching about some far-off country he would burst out with an agonised, and often tearful, ‘but they are all pagans! All pagans!’

He had also drawn his own large wall map of the world. He would use this map to summarise his research about the different countries depicted. At a ministers’ meeting on one occasion there was some discussion about a small Indian island. Quietly, and to the utter astonishment of the other ministers, from a back corner Carey reported its location, length, breadth and nature along with the number and religious character of its people. He had looked and prayed over this island as he had assembled his wall map.

His map and his globe were continually appealing to him for all the lost souls of the world who had never heard the good news of eternal life through Jesus Christ.

His wall map became the basis of his pamphlet entitled ‘An Enquiry into the Obligation of Christians to use Means for the Conversion of the Heathen.’

This was a powerful and sustained appeal for the organisation and establishment of missionary effort. He argued that the command to baptise and disciple the nations recognised no obstacle of ocean or mountain! Carey dismantled all the objections that he had faced against missionary action.

Part of the pamphlet was a review of the mission fields of the world. It examines the missionary activity of the apostles and then the Christian conquest of the Roman empire. It looks at some of the early missionaries who went beyond the bounds of the empire with the gospel and finally at the re-emergence of missionary endeavour under John Eliot, David Brainerd, the Moravians and the Methodists. The survey part of the pamphlet was ‘the message of the map’. It was his world directory and he had collated all the best information known at that time. According to his calculations more than a fifth of the world’s population was in the darkness of Islam and seven ninths of the people of the world were without any gospel witness.

‘All these’ he said ‘are loud calls to Christians…to exert themselves to the utmost!’ We must plan and plod and pay as well as pray!

It has, from its establishment, been a burden of Evangelical Times to continue the great and noble enthusiasm and endeavour of William Carey into our own generation.

We want all our output to have something of the missionary fire of the Holy Spirit that burnt in William Carey’s soul!

We believe that our website especially, could be a modern version of William Carey’s leather globe and wall map. 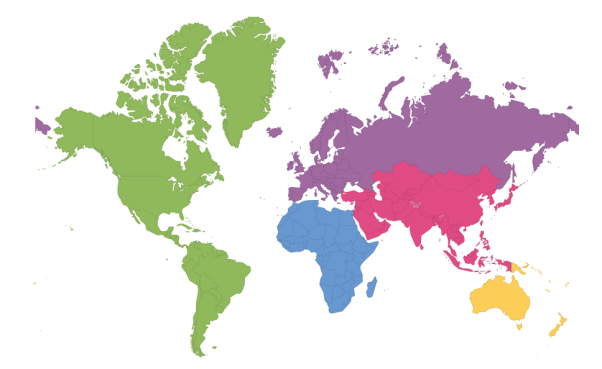 William Carey had a large world map on his wall.

In the Resources section we have information pages for each country of the world.

You can click on a continent to see all the countries of that continent. You can then find the information pages regarding that country. 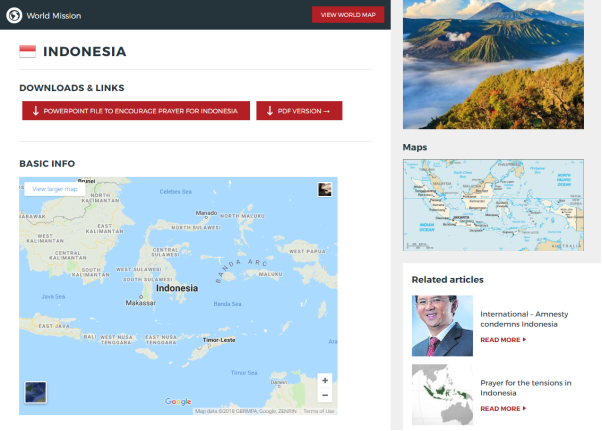 Please partner with us. Perhaps a small local church could ‘adopt a country’ and focus on that one particular country and help us develop the resources and information regarding it as they pray for its people. They might develop and update the Powerpoint presentation for that country to make it more useful for stimulating prayer in a public prayer meeting. Perhaps you are aware of missionary work which is ongoing and which has not been reported in our newspaper or on our website? Could you research and write a short article about it? Could you adopt a missionary and organise an update for ET once in a while? Perhaps you could update a list of useful links with regards to missionary work in a particular country?

Please use and reuse the free Powerpoint presentations and pray that we might catch more of the missionary vision and spirit of William Carey. 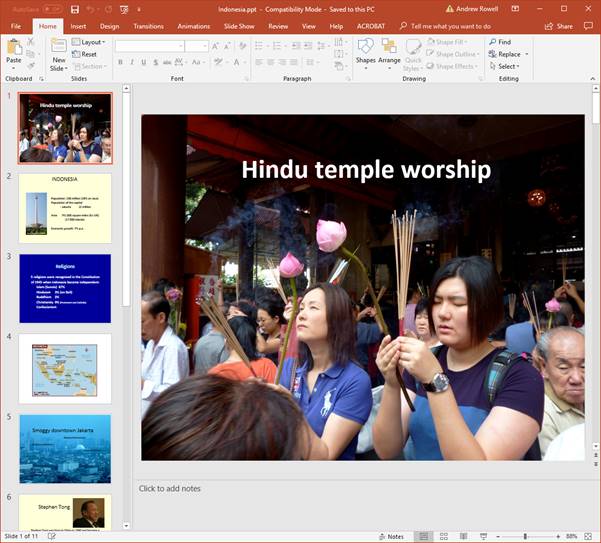 Should we be doing more to establish Christian schools?

Have we lost our vision for Christian education?

The importance of Christian education