Violence and political instability have dogged the Middle East for generations. The bitterness runs deep. Arabs and Israelis have conflicting views of history and strive for irreconcilable futures. Politicians seem no more able to resolve the issues than generals. The turbulent mix of nationalism, religion and mutual suspicion looks set to ferment for years to come. In recent weeks the Middle East has again suffered the terrible waste of war. The peoples of Israel and Lebanon have been bullied, battered and bombed out of their homes with mounting casualties. Only time will tell whether the UNbrokered ceasefire agreement will restore a fragile peace. Israel has struck out against its declared enemies, determined to recover captured soldiers and end the constant harassment of deadly missiles – over 2500 are said to have been fired into the country.

Hezbollah, a private militia within the sovereign state of Lebanon, has so far resisted all efforts to dislodge them. In the wings stand interested parties like Syria,
Iran and the USA. Caught in the crossfire are almost a million displaced civilians – the ordinary people who always suffer most.

Not only is there war but conflicts beget rumours. It is said that truth is the first casualty of war. Even with on-the-spot media and instant satellite footage we cannot believe all we are told. News agency Reuters had to withdraw a photograph after admitting that it had been doctored to increase the apparent intensity of smoke rising over Beirut. A more sinister allegation relates to the devastated Lebanese village Qana where originally some 60 people, most of them children, were said to have died (that number has since been halved). It seemed a needless loss of civilian life.

However, a Lebanese web site claims that Hezbollah deliberately masterminded the killings in Qana – in the hope of foiling Lebanese Prime Minister Fouad Siniora’s ‘Seven Points Plan’, which calls for deployment of the Lebanese army in southern Lebanon and the disarming of Hezbollah.

The web site states, ‘We have it from a credible source that Hezbollah, alarmed by Siniora’s plan, concocted an incident that would help thwart the negotiations.
Knowing full well that Israel will bombard civilian targets from which attacks were carried out on its own cities, Hezbollah gunmen placed a rocket launcher on the roof of a building in Qana and then housed disabled children in the building’. We have no way to verify this claim but the use of ‘human shields’ is common in guerrilla warfare.

The violence in Lebanon underlines again the sinfulness of man who cannot live at peace with his neighbour. And let us not forget Darfur, Uganda, Sri Lanka and other places where less-reported wars are taking even heavier tolls of human life and dignity. Yet while Christians will grieve over these events they should neither
faint nor despair – for Jesus Christ foretold these very things. ‘And you will hear of wars and rumours of wars. See that you are not troubled; for all these things must come to pass but the end is not yet. For nation will rise against nation, and kingdom against kingdom. And there will be famines, pestilences, and earthquakes in various places. All these are the beginning of sorrows’ (Matthew 24:6-8).

The Lord Jesus Christ was speaking in the context of his second coming. While we distance ourselves from the sensationalism of certain popular Christian novels we also recognise our need to live in the light of the fact that Christ will return – and do so ‘at an hour you do not know’, for which also we are told to watch and pray. How do we react when we hear of wars, earthquakes, famines and pestilences? Do we remember that such ‘signs of the times’ must occur as part of God’s stated plan for the world? Do such events wean us from depending on ourselves, our possessions and our politicians – and make us look beyond the tragic events of this world to a better time in a better place in the presence of our returning Saviour? They ought to.

However long they last, the ‘endtimes’ that precede Christ’s return will be difficult for believers. Jesus continued, ‘They will deliver you up to tribulation and kill you, and you will be hated by all nations for my name’s sake. ‘And then many will be offended, will betray one another, and will hate one another … And because lawlessness will abound, the love of many will grow cold. But he who endures to the end shall be saved’. But this is no time to hide from trouble, for Christ’s very next statement is this: ‘And this gospel of the kingdom will be preached in all the world as a witness to all the nations, and then the end will come’ (Matthew 24:14). Christians must be open to opportunities to love their neighbours, demonstrate the compassion of Christ and preach the gospel. This principle is beautifully expressed in a letter from a Baptist pastor working in Beirut. The gospel to refugees He writes, ‘Since the 12th of July we have been in war and our family life has plunged into intense involvement in humanitarian work and evangelism. Hundreds of displaced families, mostly Shiite Moslems, flooded into our general area.

‘After prayers and waiting upon the Lord, I have been led to start a ministry targeting families through meeting the need of their infants for milk and healthcare. I have had over 25 volunteers of our church helping me in this large ministry. God gave us an open door to distribute the gospel and the Picture Bible for children.

Scores of people listened to the preaching of the gospel and started reading the Word of God. ‘Life in Lebanon is becoming more difficult. Thousands of families with dual citizenship were evacuated by their countries. This has affected our church. We have lost so far, four families who left Lebanon. Others have fled for their lives to safer areas in the north. Our attendance was affected much, but we are seeing some refugees coming to church’. Here is Christian love in action.

Amid the hardest circumstances of life, Christians have a biblical perspective that helps us understand the purposes of God. ‘Behold,’ says the Lord to the comfort of his people, ‘I have told you before’ (Matthew 24:25).

The Lord Jesus Christ is coming back to take his church home. Believing this, says the apostle Paul, ought to condition and regulate our way of life. We do not know when Christ will come but we are to live expectantly, not making this world our home but as pilgrims looking forward to a heavenly city. We could put it like this – we are heading home but we have a lot to do en route. As we look for ‘that blessed hope and the glorious appearing of the great God and our Saviour Jesus Christ’ we are directed to live appropriately. Firstly, we are to live soberly, not given to selfish pursuits, worldly excess, or even to wild speculation concerning our Lord’s return – but rather seeking to advance Christ’s kingdom wherever he calls us to serve. Secondly, we should live righteously, demonstrating that being justified by the righteousness of Christ we have been called out of darkness into his marvellous light. And thirdly, we must live godly lives according to the Word of God and after the pattern of Christ – helping the poor, the suffering, the lost, the dying, and doing good to those around us for Jesus Christ’s sake (Titus 2:12-13).

India: Persecution gets worse as 30 Christians are jailed in one month

US: Skateboarder speaks out over transgenderism in sport

Sudan: Couple on trial for converting

The struggle for Lebanon 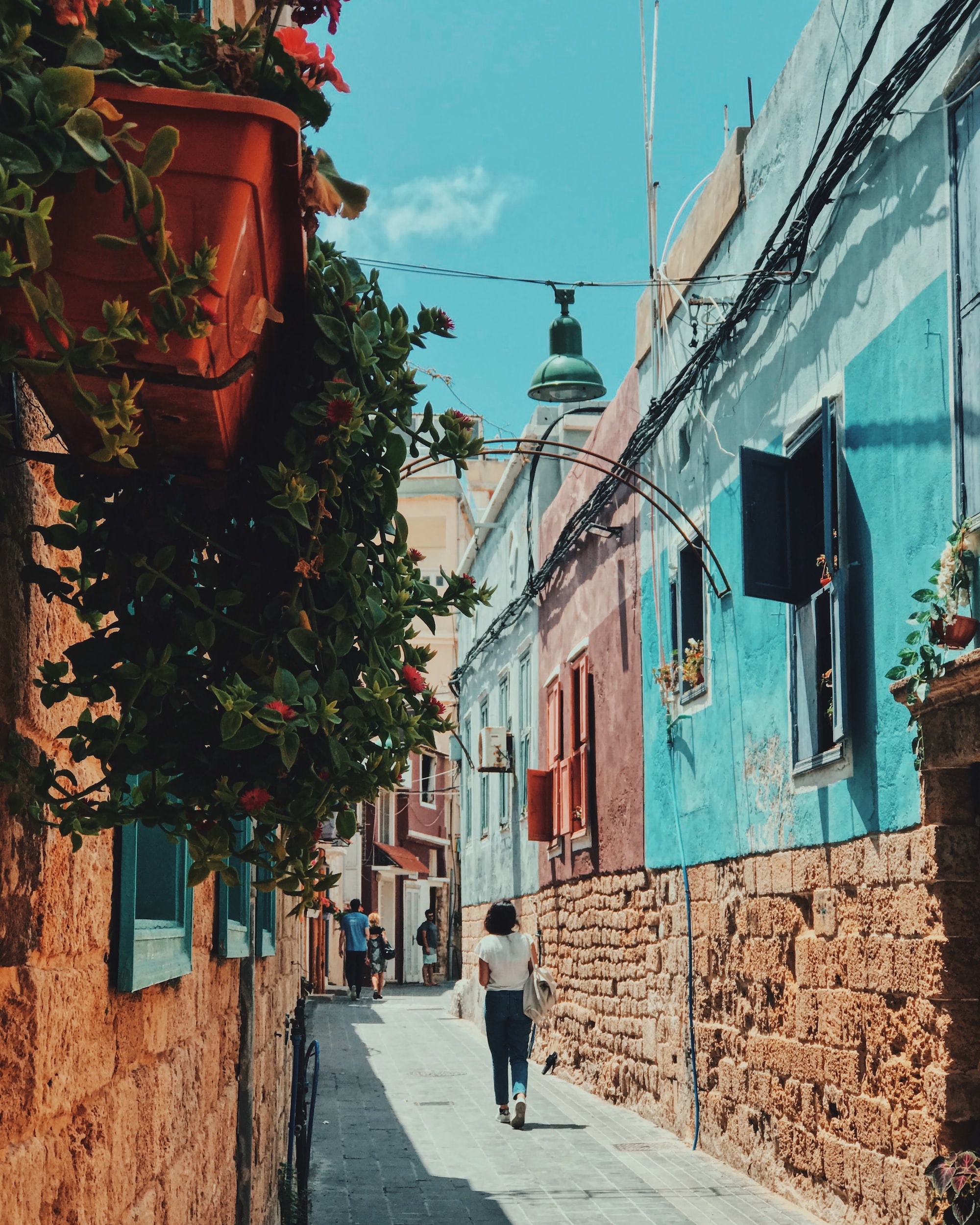