One of the most important evidences used to support Darwinian evolution in the textbooks is now recognised to be seriously flawed. Instead of the research providing a convincing study of natural selection in action, it is now regarded as a case of unnatural selection.

Every student of evolutionary theory is aware of Kettlewell’s 1950s research work in England involving the Peppered Moth. This moth exhibits melanism: that is, it has a dark form as well as its normal light form. Kettlewell’s contribution was to provide reasons for changes within the population from light to dark in areas associated with industrial pollution in the early part of the century.

In brief, the research identified birds as the agents of natural selection, as they discovered moths resting on the trunks of trees. In areas with light coloured trunks, the light moths predominated, with dark moths being selectively eaten by birds. By contrast, in areas affected by industrial pollution, where the tree trunks were dark, the dark moths predominated, light moths being the prime target for predation. The story is simple and people have found it compelling. It rapidly became the prime example of natural selection, and an essential case study illustrating a key concept in Darwinian evolution. 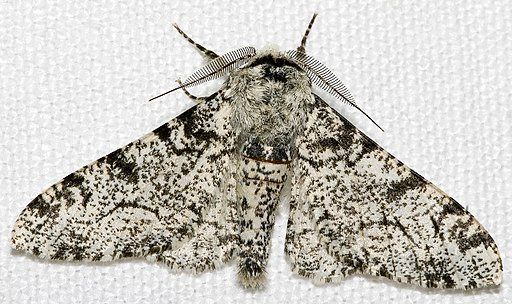 Biologists have numerous other examples of organisms evidencing variation, but what drives variation has not been at all easy to identify. The Peppered Moth story was welcomed because it was the first to identify the selection forces affecting a population of an organism. Kettlewell himself was proud of this achievement and entitled a 1959 article in Scientific American, ‘Darwin’s missing evidence’.

Kettlewell’s story has now been subjected to critical study in a new book, Melanism: evolution in action, by Michael Majerus, Oxford University Press (1998). Not much of Kettlewell’s interpretation survives! The moths do not naturally settle on tree trunks (only two have been seen naturally in this position in more than forty years of research). The moths do not choose matching backgrounds on which to settle (Kettlewell’s findings have not been replicated by other scientists). Increases and decreases in numbers of the melanic form have been observed in areas where there is no correlation with industrial pollution and environmental recovery. The Peppered Moth story must therefore join the ranks of many other examples of variation, where the causes are unknown or poorly understood.

The basic problems with Kettlewell’s work have been recognised by specialists for at least ten years, yet those who popularise evolution have been reluctant to drop the Peppered Moth as their prime example of evolution in action. Specialists have known for years that Peppered Moths do not naturally settle on tree trunks, yet the popularisers have continued to promote a story based on Kettlewell’s flawed research. He released the nocturnal moths during the daytime, which led the disoriented moths to settle on tree trunks where (unnatural) predation could be observed. As already mentioned, specialists have failed to find evidence for the moths naturally choosing a matching background on which to settle – yet Kettlewell’s positive results on this have continued to be regarded as valid.

Why has there been such reluctance to take on board the more recent research? The answer appears to be that many Darwinian evolutionists have an agenda much broader than ‘scientific’ understanding. Their agenda is ideological: a conviction that origins must be explained in terms of natural causes. The tenets of Darwinism have their roots in philosophy rather than science. Natural selection has to be the powerful force that winnows the variations thrown up by the process of reproduction. It is this, they claim, that gives the ‘illusion’ of design in living things.

However, is natural selection so powerful? Actually, it is extremely difficult to identify selective forces and to trace consequent adaptations in a population of animals or plants. As a result, the ‘just-so’ stories of Darwinism (which purport to explain how the eye developed, or flight, etc.) should be viewed as the dreams of ideologues rather than the conclusions of scientists.

It is worth pondering why the myth has been perpetuated. Darwinists generally present themselves as models of scientific integrity, yet here is a case where the self-correcting nature of science has not worked well. Christians are not restricted to natural causes when seeking to understand the origin of living things, and biblical revelation makes it clear that God has designed and created the living world using non-natural causes. The problems with which Darwinists wrestle are a consequence of neglecting the revelation that God has given regarding his own creation. It will be interesting to see how they handle Majerus’ book, now that it has made such a public exposure of the matter.

The Resurrection: its message and meaning

Reenchanting Humanity: A theology of mankind

Darwinism may be a ‘brilliant and beautiful theory’, but it is also profoundly wrong

Wonders of Creation (Design in a fallen world)

Where science and faith meet

Goats among the sheep